Tanzania is probably best known for wildlife safari – how couldn’t it be when 1/3 of its landmass is dedicated to national parks and reserves where reside the Big 5 and a myriad of other amazing African mammals and birds.  The safari circuit is divided into two main circuits: The Northern and Southern Circuits.  The Northern Circuit is the most commonly visited and traveled but the Southern Circuit is unique, less crowded and worth a visit.  Lastly Western Tanzania is practically untouched and a place to visit if you wish to be away from the typical safari crowds!

The Southern Circuit: The most noted parks in the southern circuit of Tanzania include Ruaha National Park and Nyerere National Park (formerly known as Selous Game Reserve). Ruaha is known for its magnificent landscapes and the Ruaha river which provides a constant water source in the dry season, causing animals to congregate along its bank.  Nyerere is the largest park in Tanzania and boat safari is possible throughout its riverine landscapes as well as traditional driving safaris. 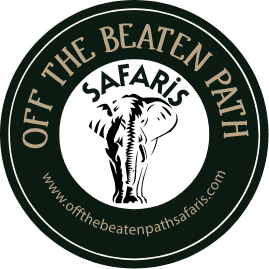